SINTEF was established in 1950 and has grown to become one of the largest European research institutes covering research and innovation on a broad range of technologies. SINTEFs mission is to assist industrial partners in research and development and to enable innovation from basic research.

This is achieved through bilateral industrial research contracts and participation in European or National research projects. SINTEF is involved in research in numerous areas such as renewable energy, oil and gas, materials, health and welfare, biotechnology, climate and environment, ocean and space, building and infrastructure.

SINTEF will act as the coordinator for the UPWARDS project. SINTEF has long experience in coordination of EU projects and has dedicated H2020 staff to handle administrative issues. On the technical side SINTEF will contribute to all WPs, with a focus on atmospheric modelling (WP2) and modelling of structural materials (WP5). In addition, SINTEF will contribute to system integration (WP6). SINTEFs contribution will be executed by the Flow technology group and the Polymer and Composites group in the Department of Materials and Nanotechnology.

Within UPWARDS, Fraunhofer ITWM is mainly responsible for the work carried out in WP6. Here, Fraunhofer ITWM coordinates the generation of an integrated system simulation platform for Multiphysics / phenomena analysis in wind turbines. Fraunhofer ITWM will be responsible for increasing the simulation speed by applying HPC parallelization of the software developed in WP 2 – WP5 and model order reduction techniques to generate high fidelity models for the relevant system behaviour with low model dimension. 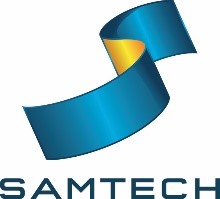 SAMTECH is a partly owned subsidiary of SIEMENS PLM software. SAMTECH is based in the Liège Science Park in Angleur (Belgium), where it was founded in 1986 from the Aerospace Laboratory of University of Liège. SAMTECH is the European Engineering Software company developing the general-purpose Finite Element Analysis (FEA) code SAMCEF and its pre- and postprocessor Simcenter 3D.

With SAMCEF Mecano, that is the Non-Linear Flexible Mechanisms and Non-Linear Structure FE analysis module of SAMCEF, the company has a strong background in the non-linear analysis of

structural parts, the analysis of interactions in structural assemblies and the simulation of complete 3D mechanical/mechatronic systems. This advance non-linear FEA modelling methodology is applicable in particular to the analysis of Wind Turbines Structural Dynamics, for which SAMTECH developed a vertical application called “SAMCEF for Wind Turbines”. Advanced structures analyses like fracture mechanics or tolerance to damage are also possible using SAMCEF, in particular for composite structures.

With its origins back in 1983, AWS Truepower has been a long-time leader and innovator in renewable energy consulting. AWS Truepower, LLC was acquired in September 2016 by UL LLC, also known as Underwriters Laboratory. UL is a worldwide safety and certification company headquartered near Chicago, Illinois, USA, with over 11,000 employees in over 40 countries. As part of UL, AWS Truepower offers a diverse portfolio of renewable energy services and an increased global footprint. We are joined by UL DEWI, a Europe-based wind testing, certification, and advisory services firm, UL solar product testing and certification, and an e-Mobility business that supports the testing and certification of all-electric and hybrid vehicles.

AWS Truepower will be the leader for WP2, the Atmospheric model, and will provide the coupled model of WRF-LES. Additionally, AWS Truepower will actively participate in WP4 – Flow and Acoustic Simulations with atmospheric and propagation models, in WP6 – Integrated System Simulation and Knowledge Extraction on the integration of the models generated in WP2, and providing input on the variables, in WP7 – Socio Economic Impact. Finally, AWS will also participate in WP8 – Dissemination & Communication, providing support on dissemination activities, participating in events and through the contacts and clients AWS already has all over the world.

Wageningen University and Research (WU) is a leading international knowledge institute in the fields of nutrition health, sustainable agricultural systems and environmental quality. A staff of 6,500 and 10,000 students from over 100 countries work everywhere around the world in the domain of healthy food and living environment for governments and the business community-at-large. WU is ranked #47 in the World [1st in the Netherlands] in Times Higher Education World University Rankings 2015-2016.

WU-ENP will be leading WP7, in collaboration with Fraunhofer ITWM. This WP integrates social and environmental concerns of wind turbines, incorporating them early in the modelling work in the other WPs through a participatory modelling approach. It further aims to mitigate environmental and social concerns by integrating them into the models in successive stages.

First, key social and environmental concerns will be discussed with three panels of citizens, policy makers and industry representatives in the various EU countries. Second, the outcomes of these discussions will be integrated into the models from other WPs and to identify performance objectives analysed in WP6 through dedicated workshops. 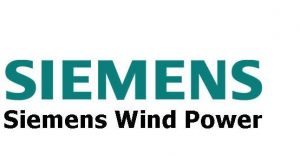 With over 35,000 megawatts of wind power installed, Siemens Wind Power solutions deliver clean, renewable energy from offshore and onshore installations around the world.

Within UPWARDS, Siemens Wind Power brings its expertise related to modelling, design, and manufacturing of wind turbines. Pre-existing expertise and knowledge within composite blade design and modelling hereof will be applied in UPWARDS to further develop high-fidelity material failure simulation models of an operation wind turbine (WP5). SWP will contribute with the design of the commercial 2.3MW wind turbine and define of a virtual prototype of a 15MW wind turbine to utilize in simulation under realistic conditions in UPWARDS. The UPWARDS project and the holistic approach taken will lead to a better understanding of the physics of wind turbines as well of the complex physical interactions (wind flow, loads, structure, material failure), which is a crucial step in designing more efficient, reliable, and bigger wind turbines for the future.

Aalborg University (AAU) offers education and research within the fields of natural sciences, social sciences, humanities, technical and health sciences and is a dynamic and innovative research and educational institution oriented towards the surrounding world. AAU is characterised by combining a keen engagement in local, regional, and national issues with an active commitment to international collaboration and since its establishment in 1974, all university programmes have been based on problem based learning (PBL). Aalborg University students work in groups applying problem oriented methods in preparing projects of a high academic standard. In 2014, 44% of all master’s theses were prepared in cooperation with companies or other external partners. At the moment, more than 23.000 students (full-time and part-time) are enrolled at Aalborg University, ranging from students at preparatory courses through doctoral-level candidates. Aalborg University employs approximately 3,300 within the scientific and administrative fields. AAU ranks among the best and most acknowledged international universities in the world. According to the Times Higher Education Supplement, AAU is solidly placed in top 100 in Engineering and Science

AAU will lead and coordinate “WP5 – Material failure models” as well carry out a dominant part of the research and development in this WP.

SISW employs 371 people at its headquarters in Belgium. SISW constitutes the simulation and test business segment of Siemens PLM. SISW offers, next to industrial software expertise, also a direct connection to end user products and product development practice and skills. SISW is and has been partner in several Flemish and EC-funded research projects and training networks such as Aeolus4Future on wind turbines.

Siemens Industry Software NV is the world leader in numerical acoustics and is or was editing software like SYSNOISE, RAYNOISE, Virtual.Lab acoustics, NX Nastran, Simcenter Acoustics which has been used for several decades to design quieter products.

The main role is in WP4 on development of state of the art numerical methods for the simulation of wind turbine noise generation and propagation. 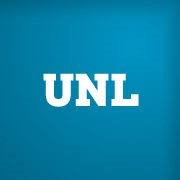 Universidad Nacional del Litoral (UNL), located at Santa Fe, Argentina, participates through CIMEC (Research Centre for Computational Methods), which is an institute of UNL where nearly 50 people work in areas of Computational Mechanics. In the last 25 years, CIMEC have worked in the development and application of numerical methods to several areas: modelling of mechanisms (in close collaboration with SAMTECH), fluid mechanics, parallel computations, nonlinear mechanics and continuous casting, biomechanics, etc.

The Centre has strong links with the Argentinean industry: YPF (oil extraction and refinery), IMPSA (hydraulic and wind turbines), ARN (nuclear agency), SIDERCA (steel tubes for oil industry), FAVOT (agricultural machines), MAHLE (motorvalves) within others. The institute has two clusters (292 and 3000 cores), with a large experience of HPC in fluid mechanics. UNL participation is allowed by RTD agreements between the EU and Argentina. Universidad Nacional del Litoral, located at Santa Fe, Argentina, participates in this project through the activities to be developed by CIMEC. CIMEC (Research Centre for Computational Methods) is a research institute of UNL created in 2013.

The institute has nearly 50 people working in areas of Computational Mechanics, and was previously part of the research institute INTEC where it started in 1980. In the last 25 years, researchers from CIMEC have worked in the development and application of numerical methods and computational tools to problems in several areas: modelling of mechanisms (in close collaboration with SAMTECH), fluid mechanics, parallel computations, nonlinear mechanics and continuous casting, biomechanics, etc.

Researchers from CIMEC that participate in this project has a strong background in solid / fluid mechanics interaction, high-performance computing, and nonlinear mechanics and mechanisms modelling. The institute has two clusters in use, one with 69 Xeon(R) E5-1620 nodes (292 cores) and a second one with 150 Xeon(R) CPU E5-2650 nodes (3000 cores), with a large experience of application of HPC in fluid mechanics problems. (The participation of CIMEC in this project is allowed in the frame of RTD agreements between the EU and Argentina)

UNL-CIMEC will contribute to the UPWARDS project (WP3) as specialist in nonlinear mechanism analysis, and in nonlinear fluid mechanics analysis in HPC context. The main role of CIMEC will be to support the tasks of development of the detailed numerical models of wind turbines, with the final goal of modelling extremely exigent maneouvers as the emergency stop of the machine. CIMEC will exploit results of this project in R&D activities and in education. The achievement of the UPWARDS project objectives will allow acquiring new capabilities for modelling complex nonlinear fluid / structure interaction problems of utility in several industries. Also, results from this project will serve at various courses that UNL-CIMEC provides to university students and also to engineers from industry.

Von Karman Institute (VKI) is a non-profit international educational and scientific organisation. It provides post-graduate education in fluid dynamics and encourages « training in research through research ». VKI has a permanent staff of approximately 110 persons, among them 25 research engineers and 16 professors.

Besides the permanent staff about 190 students and temporary researchers are involved in the different academic programmes. Furthermore, this Center of Excellence operates about fifty different wind tunnels, turbo-machinery and other specialized test facilities; some of them being unique. VKI is Belgian Pilot Center for OpenFOAM with practical training courses on OpenFOAM for fluid dynamics.

IVKDF will lead and coordinate “WP4 – Flow and acoustic simulations” as well carry out a dominant part of the research and development in this WP.

In Extenso Innovation Croissance (IEIC) is a French company specialized in innovation management. It has developed partnerships in every European country.

The company was founded in 2002 by In Extenso group (4500 employees and 220 offices in France). It is now composed of over a hundred consultants with background varying from engineering to marketing and finance. Our strategic implementation combined with our parent company’s support allow us to claim:

Aside from market expertise, IEIC can rely on numerous experiences regarding French and European projects, either as a support during project elaboration, or as a consortium member, assigned with tasks varying from project management and dissemination to market and impact studies, assessing projects outcomes in terms of social, economic, strategic or environmental impact. IEIC experts are also regularly commissioned by EC for European projects assessment. For twenty years, IEIC and its composing entities have supported over 500 European projects proposals. IEIC involvement in many European and National projects highlight the excellency of its contributions and the co-optation from major public and private research actors.

In UPWARDS project, IEIC will be in charge of the WP8 – Dissemination, Communication & Exploitation.